November Home Sales Stats Up From 2013 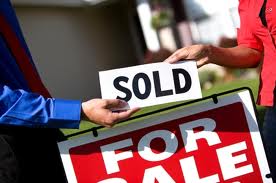 Slow and steady growth in the housing market continues to be the prevailing theme throughout the Vancouver Island Real Estate Board (VIREB) coverage area. Although unit sales dropped considerably from last month, they were up five per cent compared to November 2013, demonstrating that the market continues to improve overall. The month-over-month dip in unit sales from this month to last month is attributed to an unusually strong October rather than being indicative of a weak November.
“There were no big surprises in November,” said VIREB President Blair Herbert. “The steady growth we’re seeing in the board area continues to reflect balanced market conditions, which has been a trend for some time now.”
A total of 299 single-family homes sold on the MLS® system in November 2014. This represents a 25% decrease from the 400 sales recorded last month and a 5% increase from this time last year. Inventory levels are down around 7% compared to November 2013.
Cameron Muir, BCREA Chief Economist, states that the housing market is improving and expects balanced market conditions to continue, with housing prices reflecting an inflation rate of approximately two per cent. “2014 is shaping up to be the best year we’ve had for some time, and 2015 is looking even better,” says Muir. “Although overall economic growth in 2015 likely won’t accelerate to 2006 levels, we’re certainly expecting housing sales to continue ratcheting upwards to a higher plateau.”
In November 2014, the benchmark price of a single-family home in the VIREB coverage area was $314,300, up 1.72% from 2013. Benchmark pricing tracks the value of a typical home in the reported area. The average price of a single-family home was $340,493, an increase of six percent over this time last year. The benchmark price of a single-family home in the Campbell River area was $263,100, down 2.15% over this time last year. In the Comox Valley, the benchmark price was $314,200, which is relatively unchanged from 2013.
Duncan reports a benchmark price of $286,600, an increase of 2.71% over the same month in 2013, while Nanaimo’s benchmark price was $341,200, up 4.81% compared to last year. The Parksville-Qualicum area posted a benchmark price of $358,600, which is a 2.69% increase over last year. The price for a benchmark home in Port Alberni was $178,700, dropping 3.65% from last year.