Single-family home market heats up in Surrey as condos cool 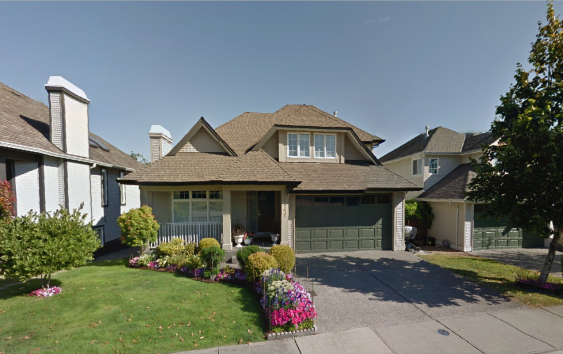 SURREY — A glut of available properties has cooled Surrey’s condo market, while demand for single-family homes remains hot.
The abundance of condominium developments has depressed condo/apartment prices across the city since last October. This includes Surrey Central, where prices have fallen by 1%, South Surrey-White Rock (-0.3%) and North Surrey (-7%). The average price for a condo/apartment in Surrey sits at $194,952, a 9.6% drop from a year ago. Condo/apartment sales are also down by 20% in Surrey Central, Surrey North and Cloverdale.Meanwhile, sales of single-family detached homes in the city remain hot, with significant increases since last October.There were 296 sales of detached homes in the city last month, a gain of 30% over the 227 sales in October 2013, while prices rose 6.2%, from $581,466 to $617,706, during the same time period.Sales numbers climbed by 45% in Surrey North, by 33% in Cloverdale and by 41% in South Surrey-White Rock compared with October 2013, putting upward pressure on home prices. During the same time period, prices climbed by 5% in Surrey North, by 10% in Bolivar Heights, by 7% in Bridgeview, by 5% in Clayton, by 12% in Grandview and Pacific Douglas and by 2% in Surrey Central.Ray Werger, president of the Fraser Valley Real Estate Board, said Surrey’s housing supply-demand issue can be attributed in part to Vancouver home prices. While the average price for a single-family detached home in Greater Vancouver has topped $984,300, the average price for a single-family home in the Fraser Valley is $569,800.“A lot of family-oriented people are now willing to drive a little further to get that home and the yard and the space when they’ve got a growing family,” said Werger. “And so it’s affordable for them in Surrey.”Theo Kefalas, a Fraser Valley-based real estate agent with HomeLife Benchmark Realty, agrees with Werger, noting it’s not just Vancouverites looking elsewhere for cheaper homes.“We are seeing many young families from within the Surrey area upsizing from attached homes into single-family detached homes. Buyers from the Vancouver, Richmond and Burnaby areas are also relocating to Surrey due to much better values and a strong job market.”Kefalas said compact lot homes in places such as Clayton, Sullivan and Newton are strong sellers right now when it comes to his portfolio.“There, a buyer can acquire a new or near-new full-sized detached home with a double garage and either one or two mortgage helpers for under $640,000.”Werger added that low interest rates have made Surrey and the Fraser Valley the new entry point for young working families looking to get into home ownership.Meanwhile, condo sales have fallen, which Werger attributes partly to “overbuilding.”He said the Fraser Valley last saw this kind of oversupply of condos around the turn of the decade, which was the start of the meteoric rise in housing prices that ended in the 2008 economic downturn.“There was a vast oversupply back then, but then after a couple of years they backed off when the condo building slowly got absorbed. But it usually takes a couple of years.”Werger said the reduced commuting times brought by the new Port Mann Bridge have helped Surrey’s housing market.“We’re a lot closer in driving time now and it’s just pushing more people to the Fraser Valley. And so we’re seeing a huge influx.”Overall, the Fraser Valley Real Estate Board processed 1,448 sales through the Multiple Listing Service this October, an increase of 16% compared to the 1,249 sales during the same month last year and 2% more than in September.For more stories from Business in Vancouver, click here.- See more at: http://www.thenownewspaper.com/news/single-family-home-market-heats-up-in-surrey-as-condos-cool-1.1621336#sthash.ELelv24e.dpuf