Canada's Most, Least Affordable Housing Markets, According To Desjardins 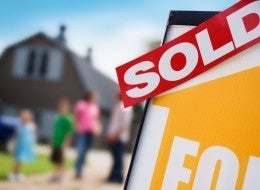 Congratulations, residents of Windsor, Ont., you have Canada’s most affordable housing market.
That’s according to a new survey from Desjardins, which found housing affordability overall declined slightly in the third quarter of this year.House prices in Canada were up 5.3 per cent over the past year, more than income growth, making housing less affordable, Desjardins says.Houses in Windsor are 12.2 per cent more affordable than they have been historically, Desjardins estimates.At the other end of the spectrum is Vancouver. Though the city has long had high real estate prices compared to other Canadian cities, Vancouver’s housing market is particularly pricey today, with prices 15.7 per cent less affordable than has been the case historically.Affordability isn’t just about prices; homeowners’ incomes are also a factor. For that reason, there are some surprising cities in the unaffordable list. You wouldn’t think of Sherbrooke, Que., as a pricey housing market, but relative to earnings, it’s the second-least affordable market in Canada.Of the 18 cities surveyed, 10 were actually more affordable than they are historically. It’s yet another sign that, despite record prices and low interest rates, Canada’s housing markets are fracturing into strong and weak.But where the markets are strong, they’re really strong.“Despite lower affordability in Canada, property sales remain surprisingly strong, particularly in Vancouver, Calgary and Toronto, where sales have climbed 18 per cent, 13.7 per cent and 4.7 per cent respectively since the beginning of the year,” Desjardins noted.Here are the most and least affordable housing markets in Canada.http://www.huffingtonpost.ca/2014/11/03/most-least-affordable-housing-markets-canada_n_6093374.html