Why the Bank of Canada will keep interest rates low 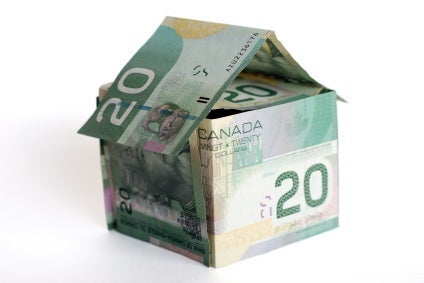 On September 3, 2014, the Bank of Canada announced that it was holding its trend-setting overnight lending rate at one per cent. The overnight rate has not moved in four years. It’s likely that it will remain where it is for some time yet. Why?
1. Inflation is on targetInflation recently increased and is tracking close to the Bank’s two per cent target. However, the Bank believes the increase reflects temporary factors and cited evidence in support of this in its policy rate announcement. As a result, it does not see interest rate hikes as being necessary to rein it in. Instead, the Bank thinks inflation will keep itself in check as temporary factors dissipate.2. Uncertainty remains highWhile the U.S. economic recovery appears to be back on track after a dismal first quarter, European economic growth has faltered due in part to its trade sanctions with Russia. This means low interest rates are still needed to support Canadian economic growth while question marks loom about the outlook for global economic growth, demand for Canadian exports, and Canadian economic growth.3. Canadian exports need help from the currency exchange rateThe Bank rate announcement noted that “Canadian exports surged in the second quarter.” The reasons cited were strengthening U.S. investment and “the past depreciation of the Canadian dollar.” Hiking interest rates too soon would result in a stronger loonie and dampened Canadian exports. The Bank is counting on stronger exports to lift business investment and economic growth.4. Higher exports have not yet translated into stronger investment or hiringThe Bank was pleased to see the pickup in exports but noted, “While an increasing number of export sectors appear to be turning the corner toward recovery, this pickup will need to be sustained before it will translate into higher business investment and hiring.” As such, interest rates will need to remain stimulative in order to entice firms into increased investment and hiring even if exports remain strong.Housing marketWith these reasons in mind, interest rates are unlikely to rise in the near future. One notable change in language in the September 3 announcement was the removal of any references to a soft landing in the housing market. The Bank said that the housing market has in fact remained stronger than previously anticipated and that risks associated with household imbalances have “not diminished.”That said, it is possible that stronger U.S. growth, a surge in exports, and the current strength of the housing market could all reflect a rebound from weak performances this past winter, which was unusually harsh.As such, the Bank said that it remains “neutral with respect to the next change of its policy rate,” and will wait for new information as regards their outlook and assessment of risks to economic growth
and inflation.As of September 3, the advertised five year lending rate stood at 4.79 per cent, unchanged from the previous Bank rate announcement on July 16, and down 0.55 percentage points from the same time one year ago.The next interest rate announcement will be on October 22 and will be accompanied by an update to the Monetary Policy Report which contains the Bank’s outlook for the economy and inflation, risks to its economic projections, and an update to its estimate for potential Canadian economic growth.Source: Canadian Real Estate Association